Children at the Centre ~ Jesus at the Heart We Love, Live, Learn in the Light of Christ

The Diocese of Middlesbrough

We Love, Live, Learn in the Light of Christ 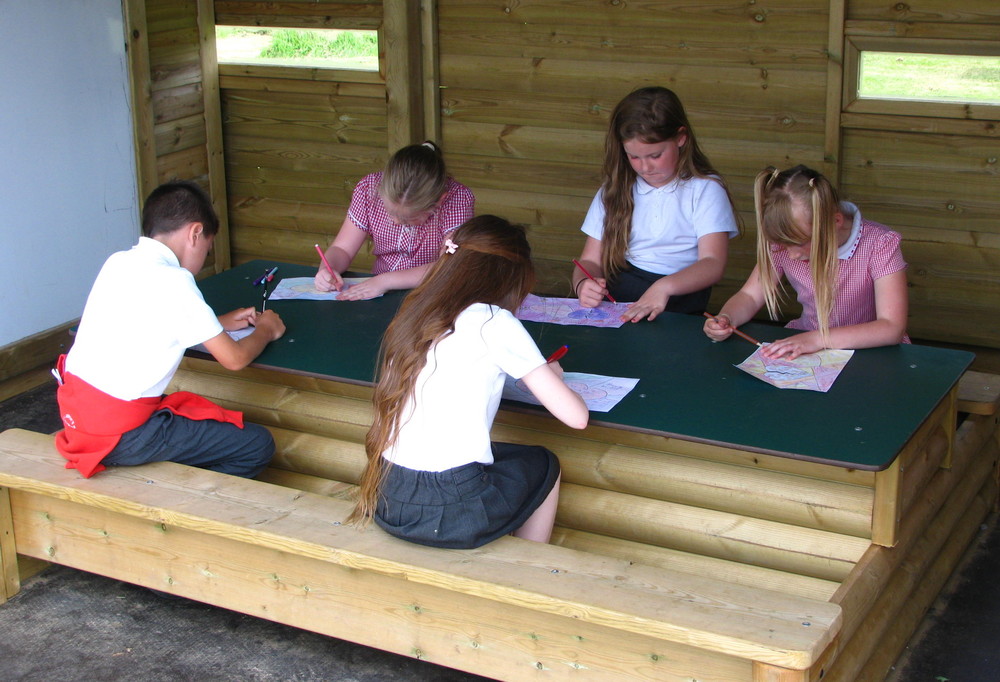 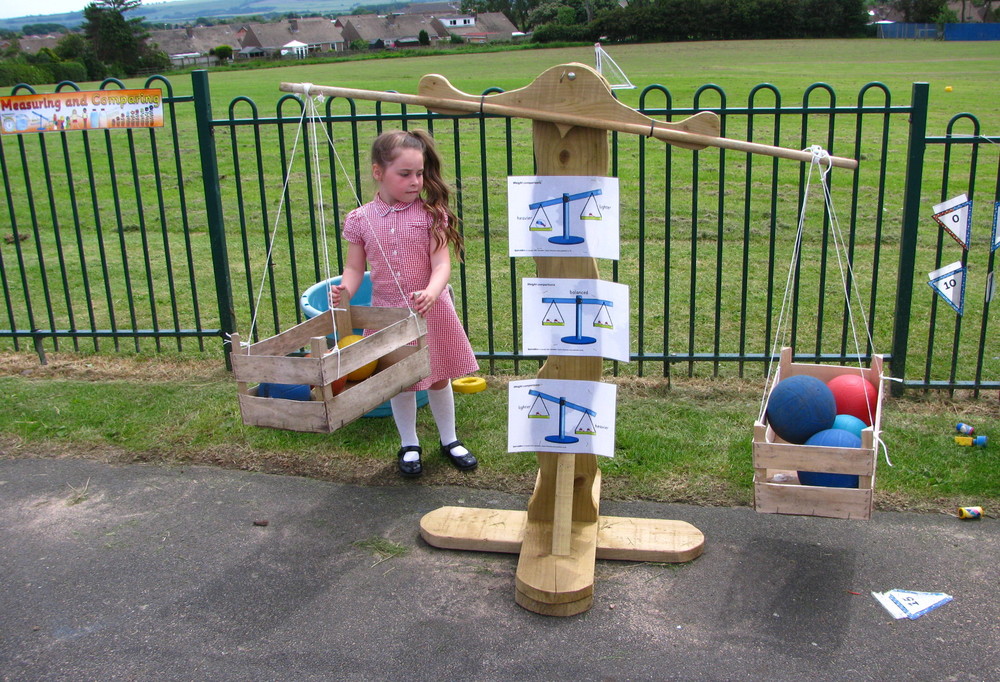 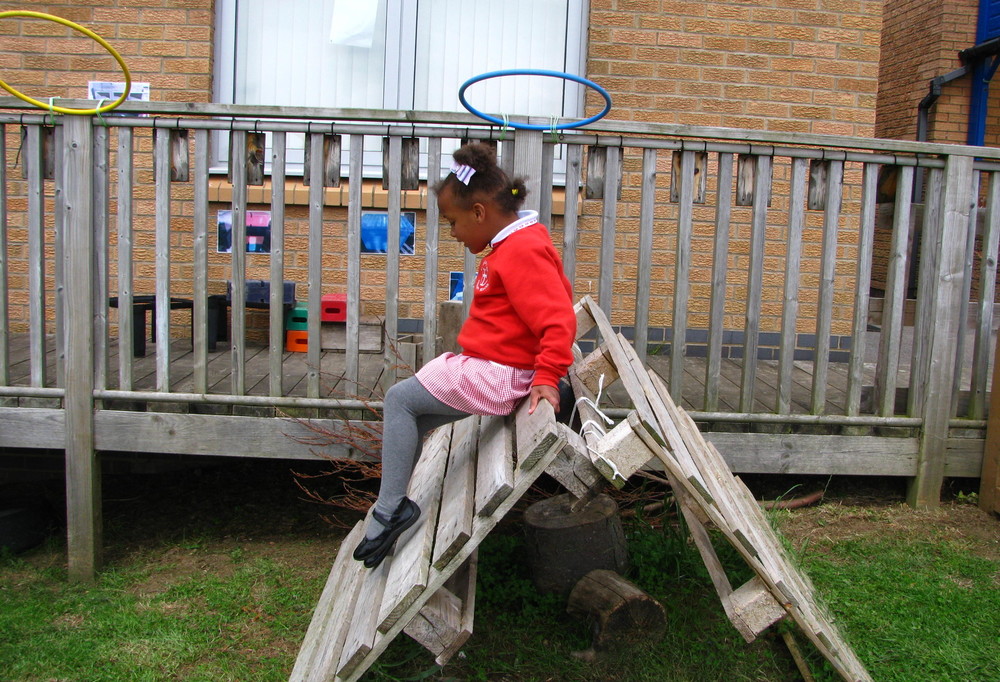 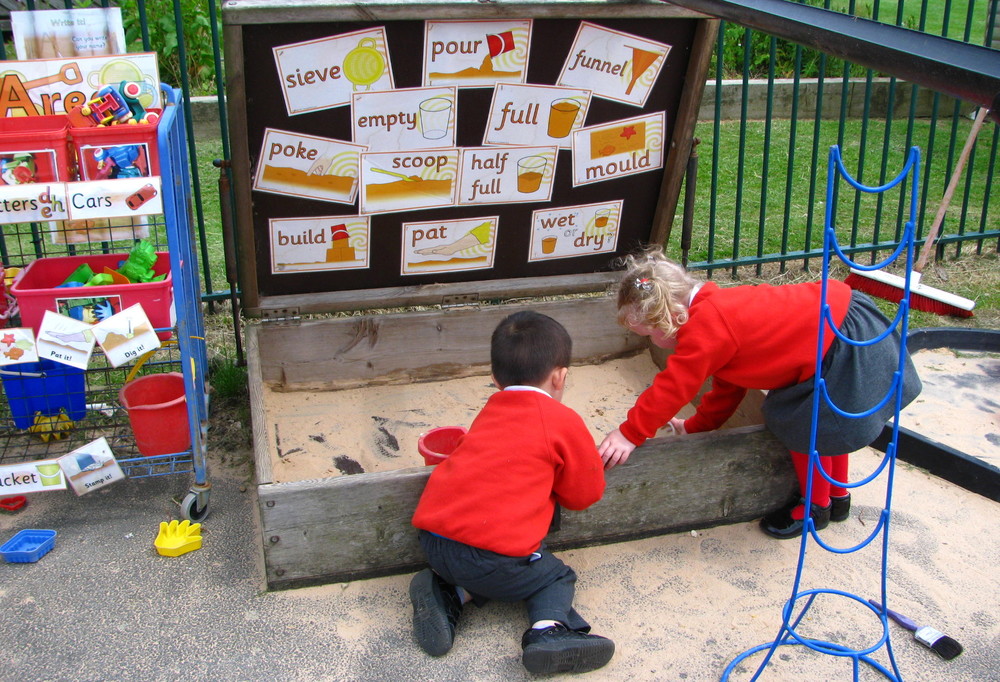 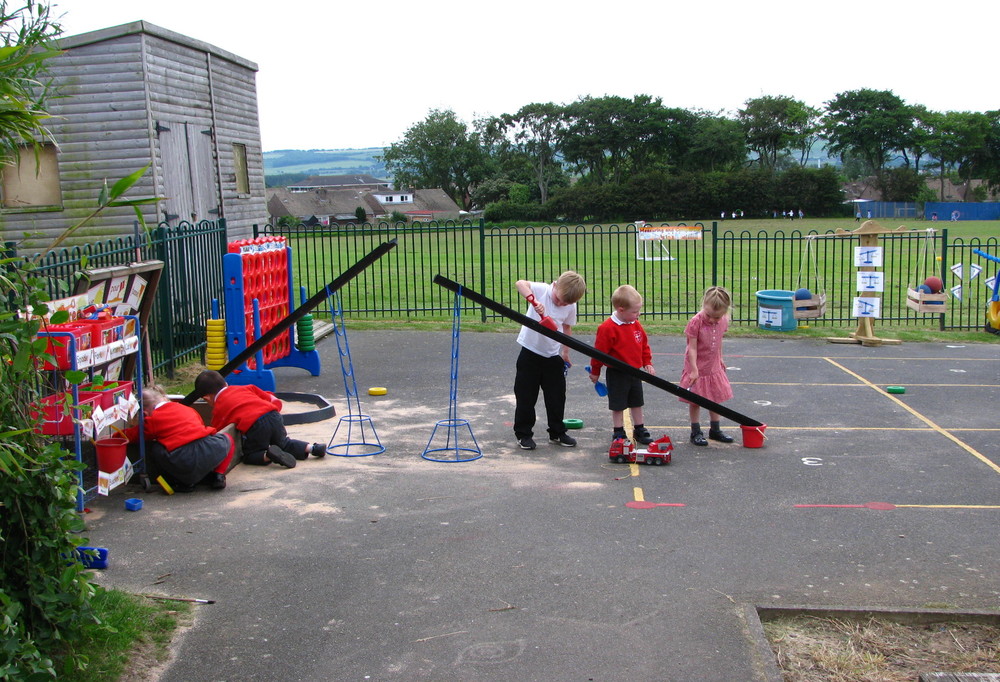 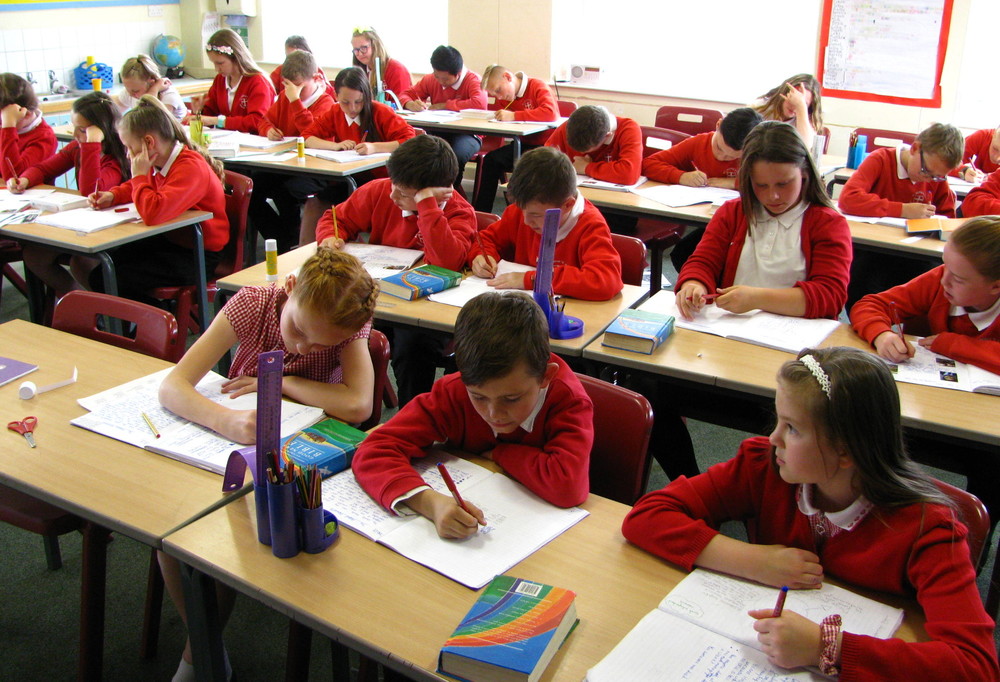 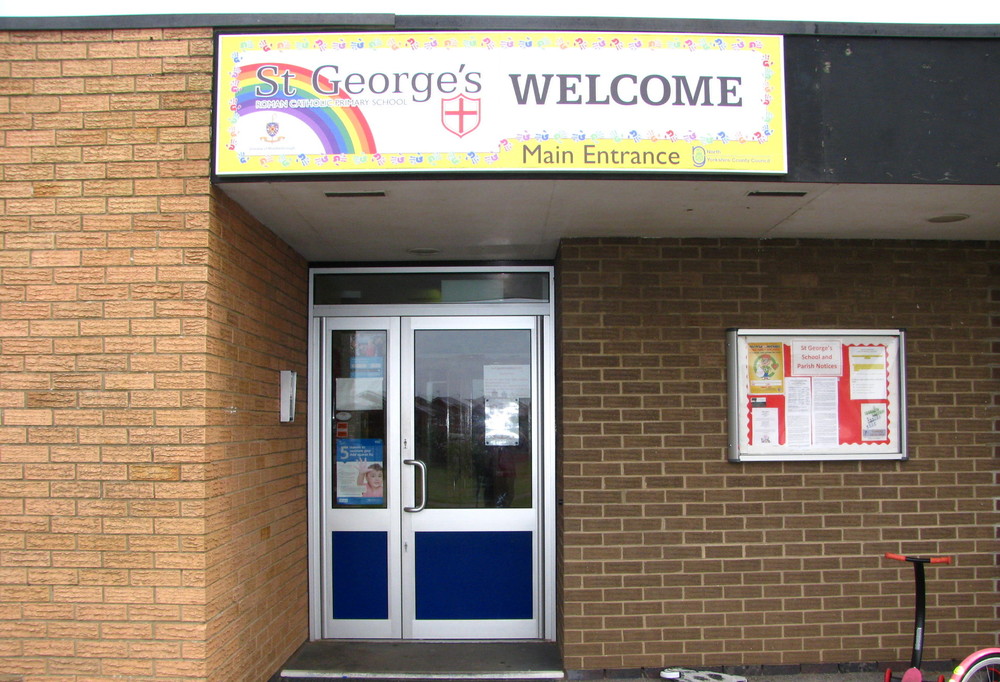 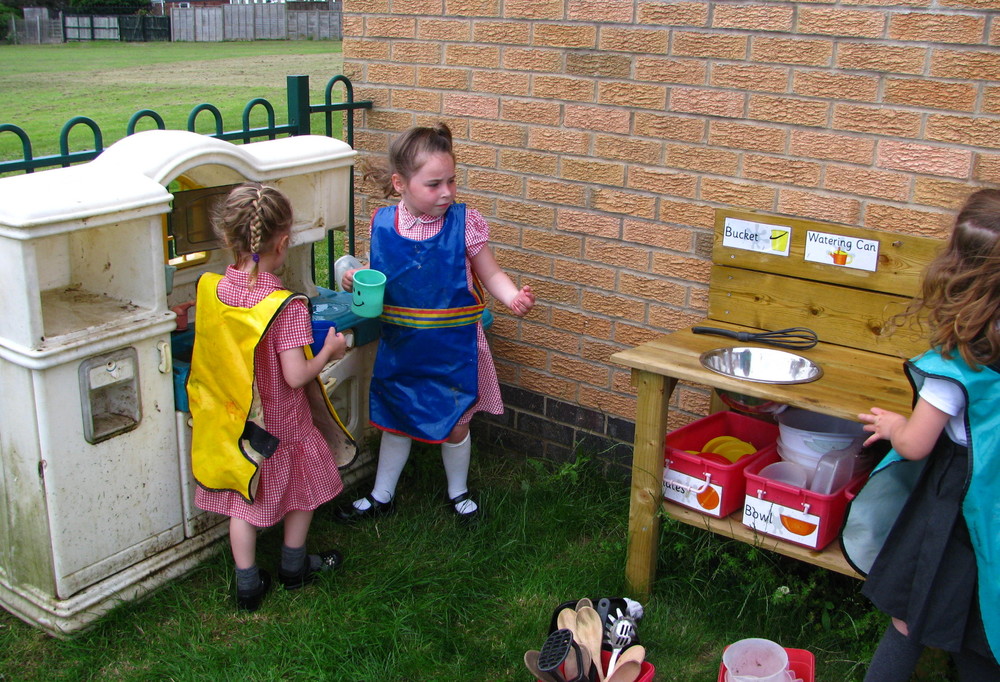 Please contact the school office for enquiries relating to Nursery admissions and/or an application form.

St George’s Catholic Primary School was founded by the Catholic Church to provide education for baptised Catholic children. The school is run by the Board of Directors of St Margaret Clitherow Catholic Academy Trust as part of the Catholic Church in accordance with its Trust Deed and Articles of Association and seeks at all times to be a witness to Jesus Christ.

Whenever there are more applications than places available priority will always be given to Catholic applicants in accordance with the oversubscription criteria listed below.

The Board of Directors is the Admissions Authority and is responsible for determining the academy’s admissions policy. The Planned admission number for September 2020 is 15.

The Admissions Policy Criteria will be applied on an Equal Preference basis.

How and When to apply

Applications must be made on the Local Authority Common Application Form. Parents applying to a Catholic Academy should also complete the Supplementary Information Form (SIF) as if the academy is oversubscribed; the information contained within the SIF will allow the Board of Directors to identify which over subscription criteria your application is to be considered against. All forms must be returned by the closing date set by the Local Authority. Failure to provide a Supplementary Information Form (SIF) could affect the category your application is placed in. Please note that it is the responsibility of the parent/carer to complete all forms and supply evidence – reminders will not be sent.

Children with an Educational Health and Care Plan which following formal consultation names our academy in their plan will be admitted to the academy.

Parents are asked to note that admission to the Nursery unit is no guarantee of entry into the main academy.

Where there are insufficient places available to meet all parental preferences, priority will be given to applications in the following order:

(First priority in each category will be given to siblings (see note 4) that is, children who will have older brothers or sisters attending the academy in September 2020.)

A looked after child is a child who is (a) in the care of a Local Authority or (b) being provided with accommodation by a local authority in the exercise of their social services functions (see the definition in section 22 (1) of the Children Act 1989):

“Children of other Christian denominations” means: children who belong to other churches and ecclesial communities which, acknowledging God’s revelation in Christ, confess the Lord Jesus Christ as God and Saviour according to the Scriptures, and, in obedience to God’s will and in the power of the Holy Spirit commit themselves: to seek a deepening of their communion with Christ and with one another in the Church, which is his body; and to fulfil their mission to proclaim the Gospel by common witness and service in the world to the glory of the one God, Father, Son and Holy Spirit. An ecclesial community which on principle has no credal statements in its tradition, is included if it manifests faith in Christ as witnessed to in the Scriptures and is committed to working in the spirit of the above.

All members of Churches Together in England and of CYTÛN are deemed to be included in the above definition, as are all other churches and ecclesial communities that are in membership of any local Churches Together Group (by whatever title) on the above basis. All applicants seeking admission under any of criteria 6 will be asked to provide evidence that they are members of another Christian denomination. A baptismal certificate or a letter from their religious leader will suffice

Parents may seek a place for their child outside of their normal age group, for example if the child is gifted and talented or has experienced problems such as ill health. In addition parents of a Summer born child (born between 1st April and 31st August) may choose not to send their child to school until the September following their 5th birthday and may request that they are admitted out of their normal age group – to reception rather than Year 1. If you wish to request admission of a child outside of their normal year group you must contact the school to discuss your request four weeks before the closing date of the admission period for your child’s normal year group. If the school agrees to your request you should submit your application in the application window for the deferred year in which you wish your child to be admitted to the school. Please note – the deferred application will be considered against all other applications for entry that year based upon a strict application of the admissions criteria and agreement to deferral does not automatically mean your child will be offered a place at the academy in that year.

Where there are places available for some, but not all applicants within a particular criterion, distance from home address to the school entrance will be the deciding factor, Distance will be measured by the shortest walking route from the front door of the child’s home address (including flats) to the main entrance of the school, [using the Local Authority’s computerised measuring system], with those living closer to the school receiving the higher priority. If the admission number is reached at the point at which the next applicant resides in a home equal distance from the last successful place(s) offered, the last place will be offered by drawing lots. When the application of this rule would lead to the separation of twins or multiple birth siblings, both (or all) will be admitted.

Where a parent has been notified that a place is not available for a child, every effort will be made to help the parent to find a place in a suitable alternative school or academy.  Parents who are refused a place have a statutory right of appeal.  Further details of the appeals process are available by writing to the Chair of the Board of Directors at the academy address.

It is the parental address which will be used in applying the admission criteria.  This means that, when stating your choice of school or academy, you should give the parental/guardian address at the time of application.  The address of childminders or other family members who may share in the care of your child should not be quoted as the home address.

If your child has been refused admission, a waiting list is available where priority will be given according to the above criteria based on the information provided at the time of application.  The waiting list will be open until the end of the Autumn term.

It is very helpful to have an early indication of the number of children to be admitted to the Reception class in the following September.  However, it must be stressed that formal written applications for admission must be made on the form provided by the Local Authority and returned to them by the stated date.  Place will then be allocated by strict application of the above criteria, with no reference to the date of application.  Parents will be notified as to whether or not their child has been allocated a place according to the published Local Authority timetable.

Unless changes are proposed, the policy will next be consulted upon in 2020.